Review: One and Only by Viv Daniels 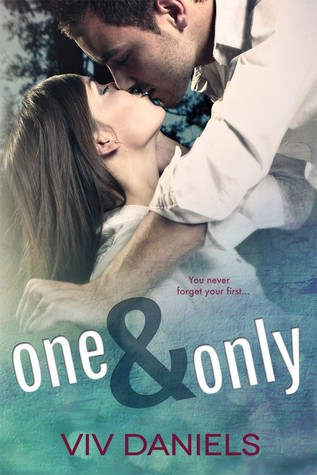 One and Only by Viv Daniels
Available Now
Reviewed by Honorary Sis Sarah P.
The Sisters Say: flawless writing and an absolutely unique story line move this New Adult title to the top of the pile

One night they can't forget...

Tess McMann lives her life according to the secrets she's sworn to keep: the father who won't acknowledge her, the sister who doesn't know she exists, and the mother who's content playing mistress to a prominent businessman. When she meets the distractingly cute Dylan Kingsley at a prestigious summer program and falls in love, Tess allows herself to imagine a life beyond these secrets. But when summer ends, so does their relationship -- Dylan heads off to Canton College while Tess enrolls at the state university.

One love they can't ignore...

Two years later, a scholarship brings Tess to Canton and back into Dylan's life. Their attraction is as strong as ever, but Dylan has a girlfriend…who also happens to be Tess's legitimate half-sister. Tess refuses to follow in her mother's footsteps, which leaves her only one choice: break the rules she’s always followed, or allow Dylan to slip away for a second time.

...And only one chance to get things right.

I loved this book. And now that I think it through, it isn't hard to see why:

1. Reunion story lines always call to me. Check!
2. Tess and Dylan are sexy... nerds. The world absolutely needs more of those.
3. The first line hooked me like a fish. "I was six years old when I learned my father had another family." Who could put that down?

If you read a lot of New Adult (and I'm guilty as charged!) it isn't uncommon to see the story lines repeat. Sometimes the tattooed bad boys begin to blur together in my mind.

But in One & Only, Viv Daniels has come up with something entirely new. The clusterflap that is Tess's family is a well-drawn conflict. And the character archetypes are also fresh. For one thing, Dylan is a truly good guy. And this book proves that even honor can get complicated.

I liked the setting of the book, too. Canton was a very real place in my mind, and Tess's need to be there was well articulated. In fact, the reader can't help but squirm as her shaky place at the top-notch school becomes harder and harder to balance. There's no faux angst here. The entire conflict is built upon very real, very identifiable pressures. Ouch!

Best of all, the writing was measured and flawless. I was pulling for Tess and Dylan for the entire ride. And now I'm waiting for sister Hannah's sequel, too!
Posted by Sarah P at 2:48 PM