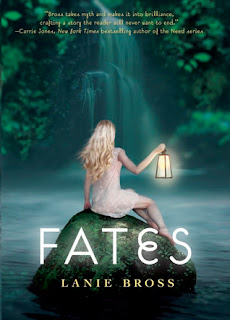 What if your destiny was to kill the one you love?

One moment. One foolish desire. One mistake. And Corinthe lost everything.

She fell from her tranquil life in Pyralis Terra and found herself exiled to the human world. Her punishment? To make sure people’s fates unfold according to plan. Now, years later, Corinthe has one last assignment: kill Lucas Kaller. His death will be her ticket home.

But for the first time, Corinthe feels a tingle of doubt. It begins as a lump in her throat, then grows toward her heart, and suddenly she feels like she’s falling all over again—this time for a boy she knows she can never have. Because it is written: one of them must live, and one of them must die.